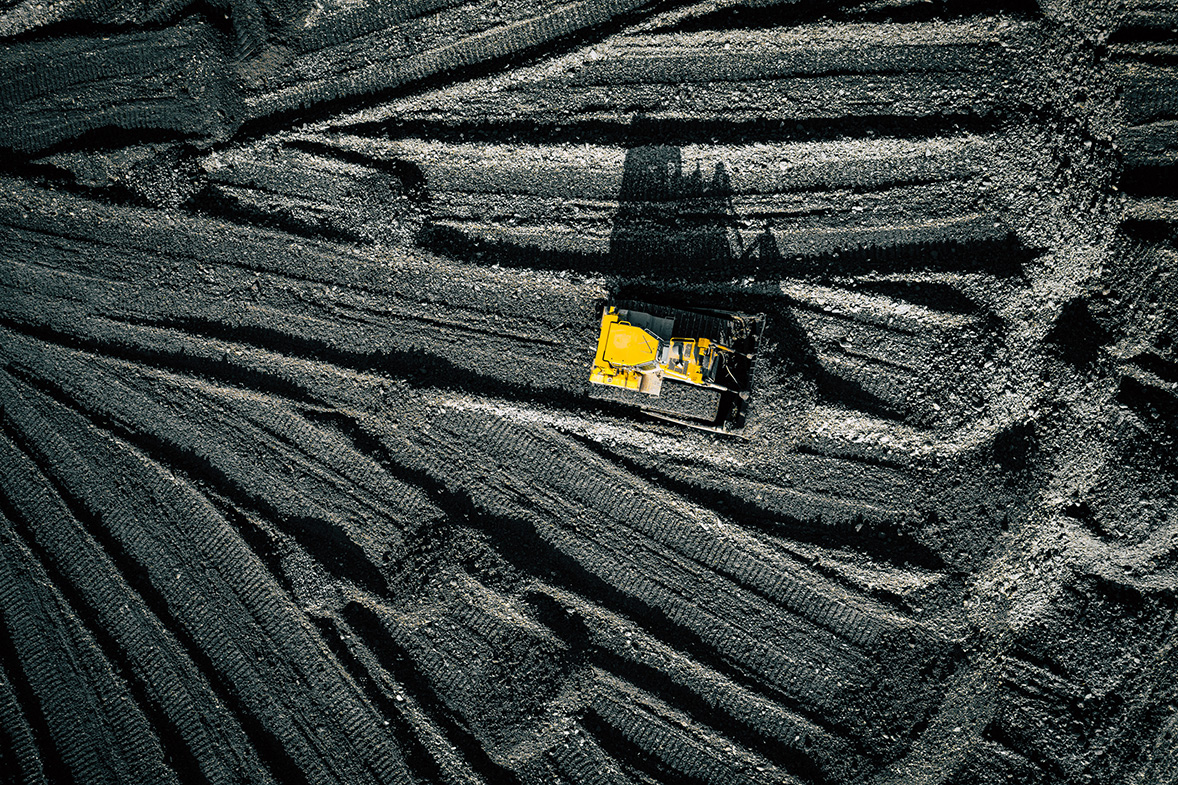 I will preface by saying from the outset that I am not suggesting that the mining of coal is good for the environment in any way, shape, or form.

However, I am categorically certain that it is necessary by virtue of how our civilisation has evolved and will continue to be relevant for decades to come in our global energy mix; like many crutches upon which people become reliant, kicking it out from under us will hurt more than it helps.

I am also strongly of the view that if mined and used responsibly, the effects of coal on our environment can be managed.  Further, with continued investment and focus on efficiencies and technology like carbon capture and storage (CCS) in heavy use environments, it can be materially reduced while we all work toward balancing our energy creation sources.

How did we get here?

Coal is the whipping boy of choice for everything wrong with our climate today.  From cyclones and floods to bushfires and drought and everything in between; there is inevitably a comment from a climate change activist laying the blame squarely at the coal industries feet.

And to be fair, they are not entirely wrong.

There are too many examples of countries that freely produce thermal coal, export a barely formed, non-bituminous brown coal to unwealthy countries who in turn burn it and produce immense amounts of environmentally damaging emissions; or countries that have good quality coal, but care little about scorching the earth to extract it.

And while the importers probably don’t feel great about it, some of them have little other choice as they compete in an industrialised world; it’s the cheapest way, and it is often their only commercially viable way, to source energy to power the growing needs of their emerging countries.

While activists in some of the producer and user countries may try their best to change policy and purpose, they more often than not have no freedom to speak out nor the reach of western countries’ activists to fuel the much-needed change in poorly governed extractive industries.

But that’s the rub; Australia is not one of these countries.

Nope.  Let us start with some facts on what coal is and what it means to our world. In simple terms, there are two types of coal that Australia produces:

Coal-fired power stations that use thermal coal, account for around 45% of energy needed to keep the lights on around the world.

But not all thermal coals are created equal; Australia’s thermal coal for instance is, on balance, one of the highest quality thermal coals available as it has been in the ground longer; this extra time in forming has lowered the sulphur, moisture, and ash levels which increases the purity in the carbon content, resulting in greater energy being released when ignited in a coal-fired power plant.

Consequently, less Australian thermal coal is needed to generate the same amount of energy, leading to lower harmful emissions by weight compared with higher impurity coal from some other countries.

Australia exports between 75%-80% of its high-quality thermal coal; we do not burn it all ourselves.

We are also renowned for one of the most environmentally responsible extractive industries in the world, with heavy legislative frameworks and empowered regulators administering our producers from exploration, approvals all the way through to closure.

Added to this the compulsory environmental management imposed during operations and full remediation requirements once the resource is mined, any breach of these obligations means the individual statutory office holders themselves, not just the corporation, are prosecuted with very real consequences.

The Queensland government alone holds some $7B in financial assurance from producing mining companies in that state to provide for environmental remediation if companies fail to re-establish the land they use.

Indonesia by comparison is the world’s largest producer of thermal coal, accounting for around 40% of global production at 600 million tonnes in 2020, exporting around 400 million tonnes of high ash, moisture, and lower energy content coal with discernibly lower thresholds of environmental and safety controls imposed by their government for their extractive industries.

The distinction between Australian thermal coal and that of other countries by activists, financial institutions and governments in their attacks on the Australian coal industry is a fundamental point lost on most.

Moving to a balanced mix of renewables, gas, nuclear and coal should be the priority of all countries capable of pursuing that objective; however, the fact remains that Australian thermal coal is still one of the most efficient, and often most cost-effective way to provide countries with affordable and responsible energy.

If the lack of understanding between Australian thermal coal and other countries is prejudicial, then the lack of distinction between metallurgical coal and thermal is simply negligent.

Metallurgical coal, in its various forms, has absolutely nothing to do with coal-fired power stations, and everything to do with making steel; a cornerstone of our global civilisation with no viable substitute to meet demand.

Without it, we cannot produce solar panels, battery operated cars, wind turbines or many of the other renewable technologies we are developing; not to mention everything else that steel is required for.

Australia is the largest producer of metallurgical coal in the world – with daylight second; we produced almost 175 million tonnes (Mt) in 2020 (COVID-19 impacted, and down from almost 200Mt in 2019), with the next largest producer being the US at 37Mt.

We export almost all of it for steel making purposes for global consumption and are responsible for filling 55% of the global import demand.

As the world seeks to recover from this pandemic, governments will turn their investment decisions to infrastructure development and housing to try and kickstart their respective economies where power and steel are compulsory ingredients.

We have already seen announcements that the Australian government will spend $1.5B on fast-tracking 15 major infrastructure projects worth $72B to create 66,000 jobs for this specific reason.

Unfortunately, anti-coal activists and the financial institutions that have acquiesced to their will, now have us in a position where metallurgical and thermal coal mines and their associated supportive industries struggle to buy adequate or commercially viable insurance nor access the required capital through finance to keep the lights on to meet the crushing demand on the horizon.

Consider less prosperous countries who’s post- COVID-19 world will simply not have the resources to invest the required capital to move their countries to a renewable energy mix; in fact, more developed countries with now redundant or heavily impeded economic pillars (i.e. tourism) may need to shift their views on coal-fired power generation in light of these events.

It was interesting to watch recently when China turned off the coal tap from Australia and sourced their requirements elsewhere; they paid significantly more per tonne for inferior product to prove their political purpose and resolve.

But like water finding its level, our coal found its way to where it was needed and the commodity pricing structures for thermal and metallurgical, while still variable, are forecast to continue to hold as demand shifts but remains constant to growing.

The blanket, anti-coal activism campaigns accusing insurance companies of failing to meet their Environmental Social Governance (ESG) obligations has resulted in almost 50% of the global reinsurance capacity available to clients evaporating in 2 short years, with insurers looking to pull out of the entire supply chain of the Australian coal industry: from pit, to port, to light switch.

It is a bitter pill to swallow for companies and their tens of thousands of workers who labour to provide a vital resource and to keep key parts of regional Australia alive and often propping up their state’s coffers.

And to make it worse, the result is applauded and encouraged by a majority who do not appear to own or wish to have, the facts to make an informed choice on the issue.

This has left many mining and mining-related clients facing either commercially unacceptable insurance terms, conditions and premiums or cannot find appropriate levels of cover; some are already faced with the prospect of self-insuring entirely.  Those insurance companies left in the market that do provide cover can afford to become far more selective of the risks they take on.

While this colloquialism makes me generally cringe, for a world struggling to adapt to a seismic shift to a ‘new normal’ already, the potential knock-on effect is quite devastating and exactly what the anti-coal activists are blindly seeking:

To clarify this last point – if burning coal in power stations is the only option some countries have because they cannot afford anything better, and the only source of coal is of poor quality from even more poorly governed extractive industries, then anti-coal activists have created a more devastating environmental impact then they are seeking to prevent.

Once you understand this context, it becomes clear why the Australian coal sector is struggling to grasp the logic of derailing Australia’s critical role in stabilising such a vital global need.

The writer completely agrees that climate change activism is valid and needed in a world that often goes too far the other way – but where is activism’s ability to influence this agenda best expended now?

What about the global psyche in the aftereffects of the COVID-19 pandemic?  Are we going to move to a more resilient and focussed future, or will some, or all of us become more fragile as the medium-long term consequences start to pinch?

The prevailing belief appears to be that eradicating Australian coal is a priority.  This is a market that represents one of the most efficient, cost-effective, and environmentally responsible ways to rebuild our developed and emerging global economies following the effects of an unprecedented pandemic.

How can this be the accepted truth?

The anti-coal hashtags are prolific, and they are getting traction like nothing before.

The simple fact is that without either form of Australian coal being accessible, life for many of those less fortunate, changes dramatically and to our collective detriment.

Are we entitled to continue to stand on our pulpit, built on an industrial revolution that bought about the issues we face today, wagging our finger and saying ‘thou shalt not!’ to those without the means to sustain themselves otherwise?

The adulation meted out for the severe restrictions being placed on the Australian coal industry needs to be tempered with the informed perspective of what is likely to be the consequences; the potential poverty, corruption and environmental toll that will perpetuate and escalate with this careless charge to removing Australian coal from the world market.

This is the counterpoint that has been disregarded.

Australia has forged and are responsible for our own dependency on our current energy mix, and we are working toward being better; but we are all accountable to do it better in this globalised world.

The Australian coal industry and those that regulate it are acutely aware of this challenge and have taken it up by continuing to produce a commodity that is, and will be for quite some time, globally critical in the face of incomprehensible opposition.

The Australian and global insurers (and financial institutions and governments while we’re at it) who have bowed to the prevailing and frankly uninformed populist view; you have a far wider lens from which to assess this issue and should know better.